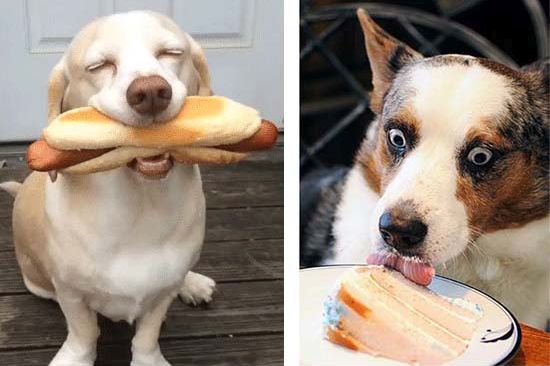 Surely a treat from your plate is harmless to your dog, right? The answer to that is based on what’s in your food. Actually, the majority of food people eat should never be given to a dog. A majority of food eaten by humans can be fatal for man’s best friend. 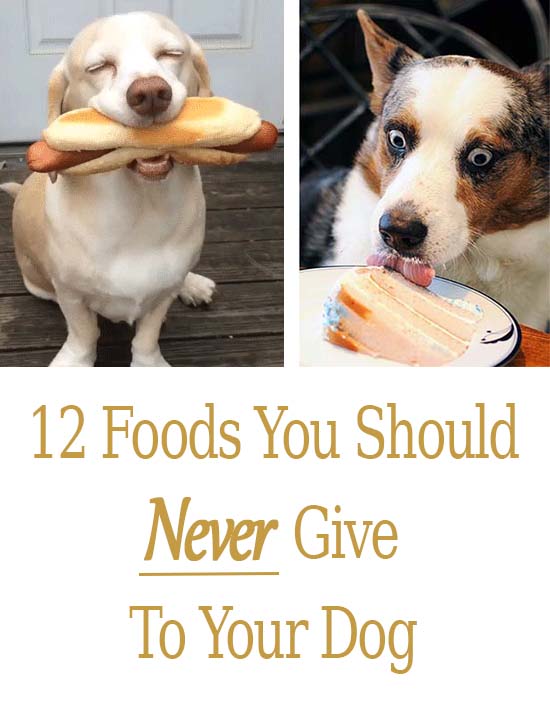 There are several food types that should never be fed to a dog under any circumstances. While some breeds are more tolerant of certain foods, this list of restricted foods is applicable to all dogs:

Avoid feeding raisins and grapes to dogs as a treat. A toxin found in grapes may result in kidney failure and severe liver damage. Even a little bit can cause illness for a dog. Consistent regurgitation is an early symptom. Within 24 hours, your pet will become depressed and lethargic. Prevent your dog from consuming raisins and grapes by keeping them off tables, counters, and other easily accessible places.

Garlic and onions come in many forms – raw, powdered, dehydrated or cooked. They can damage the red blood cells of a dog, causing anemia. This can happen even if they taste baby food containing onion powder. A sporadic taste should be harmless, but a large amount ingested on a regular basis will poison the animal. Anemia symptoms include vomiting, weakness, lack of appetite, breathlessness and dullness.

Never give guacamole or anything made from avocado to your pet. Avocados contain an ingredient called persin, and a significant amount can be toxic to your dog. If there are avocados in your garden, ensure that your dog can’t access those plants. Be mindful that persin can be found in seeds, leaves, and even bark.

Liquor, beer, wine, and foods containing alcohol are very bad for dogs. Alcohol can be destructive to a dog’s brain and liver. Even the slightest amount can induce diarrhea, vomiting, coordination problems, central nervous system depression, comatose states, breathing difficulties, and even death. The smaller the dog, the more disastrous the outcome.

On a summer day, giving your dog a lick of ice cream might seem like a treat, but unfortunately, milk-based products can result in digestive upsets and allergic reactions. Dogs are lactose intolerant, and their bodies lack enough lactase enzymes to digest dairy foods properly. If your dog must have ice cream, ensure it’s made from lactose-free ingredients.

Gum, candy, baked goods and even toothpaste are sweetened with xylitol, which can cause dogs to release an abundance of insulin. This can result in a sudden drop in blood sugar, and may cause liver failure. Primary symptoms include lethargy, vomiting, and loss of coordination. At some point, the animal may suffer from seizures.

It’s common knowledge that chocolate is unhealthy for dogs. Caffeine, theophylline and theobromine are ingredients that can be found in all types of chocolate, including dark and white. In fact, dark chocolate, unsweetened baking chocolate and chocolate mulch are the most deadly kinds of chocolate to a dog. Even the slightest lick of a bowl of icing can lead to diarrhea, vomiting, and dehydration. Consumption of chocolate may lead to tremors, abnormal heart rhythms, seizures, and death.

Though it might seem right to give a dog a bone, your pet might actually choke on it. Chewed-on bones can splinter, obstructing or lacerating their digestive systems. Additionally, meat fat lingering on bones are hazardous to dogs. Fat trimmings on meat, either uncooked or cooked, can result in pancreatitis.

Seeds found in persimmons can induce inflammation of a dog’s intestines. If a dog eats the pit from a plum or peach, it may obstruct their intestines. Additionally, cyanide can be found in plum and peach pits, which is poisonous to both dogs and humans.

Anything containing sugar is bad for your dog. Overconsumption of sugar leads to dental problems, obesity, and a potential onset of diabetes.

Bread dough needs to rise before it’s fully baked in an oven. If your dog eats raw dough, the yeast will rise in the animal’s stomach. Once it swells, the dough may expand within your dog’s abdomen, which will result in extreme pain.

7 Things To Make Your Dog Love You More

6 Ways Your Cat Is Trying To Communicate With You

8 Things You Should Never Do to Your Dog

10 Beautiful Ways Your Cat Say “I Love You” 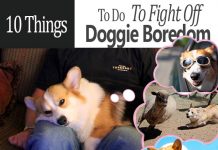 10 Things To Do To Fight Off Doggie Boredom